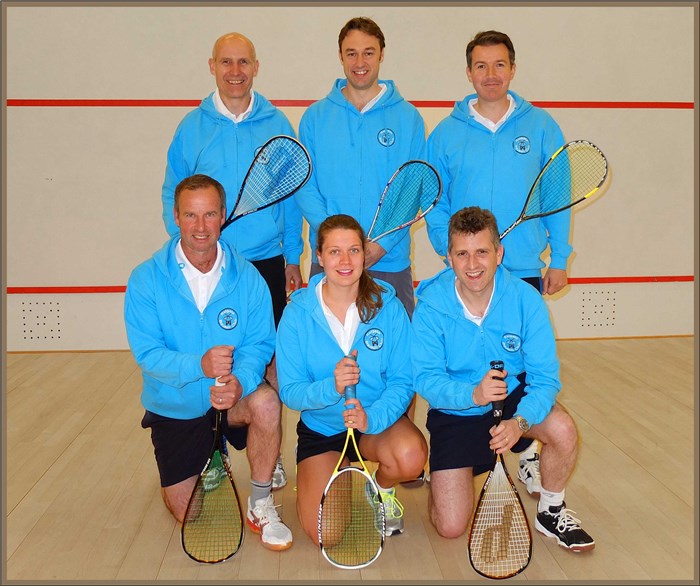 Reigate Squash Club has been serving the needs of players of all ages and abilities in the town for nearly 80 years but the recent tour of Malta broke new ground even for the town’s most venerable squash institution.

On 25 to 27 April the Manor Road club sent a six player strong side to Valetta, the smallest capital in the EU, to compete in a return fixture against the island’s premier squash team hosted at the spectacular Marsa Sports Club.  The Marsa country club dates back to the start of last century on its vast and highly impressive site providing first class facilities for squash and tennis as well as many other sports including cricket and polo for its 4,000 members.

The spirit of the tour was very much one of both competitive sport and friendship sealed with an exchange of gifts which saw the touring team present Reigate playing shirts to the Maltese and the hosts respond in kind with the presentation of a magnificent  Mdina glass plate made specifically for Reigate Squash Club.

On the court the action was fast and hard fought. The match against the Marsa Club team on the Friday night ended up with Reigate as the winners by 4-2 in matches or by 22-8 in games.  The pick of the matches were the thrilling 5-setter matches involving both Clare Wright and James Howarth from Reigate.

Clare Wright, the Reigate ladies champion and former South East of England player, played against the Maltese national team player Johanna Rizzo. Played in front of a packed gallery there were relentless punishing rallies with both players retrieving superbly whilst also playing excellent winning shots.  There was little between the two players but at the critical moments of the match Johanna managed to raise her game and eventually edged it 14-12 in the final game.

Last year when Marsa visited Reigate the match between James Howarth, Reigate Veterans champion, and Paul Borg had been exceptionally close.  James had saved four matches points before winning the fifth game.  One year on and both players were back on court against each other.  There was nothing between the two of them once again and it came as no surprise when they went into the fifth game at 2 games each.  This time however with the home crowd behind and the home advantage Paul managed to come through to take their match 3 games to 2.

The Saturday was another full afternoon of squash albeit with more of a social feel that the official match this time involving 24 players in total from across the island including the Chairman of the squash section at the Marsa Sports Club, other members from the Marsa club and players from the other main club in Malta. The “round-robin” format meant that everyone had 5 matches and Alex Preston of Reigate eventually emerged as the winner and recipient of a bottle of finest Maltese wine.

The Marsa club did an absolutely fabulous job of hosting the Reigate team and it is hoped that Reigate will play host to them again in the near future.